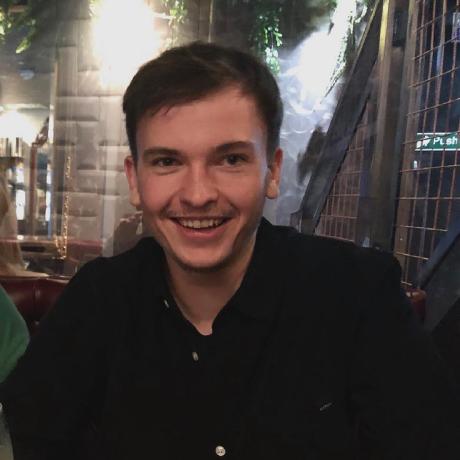 PNPM has been touted as a more performant and reliable replacement for NPM, aiming to reduce slow build times and eliminate issues with dependency mismatches. I primarily investigated PNPM as a way of speeding up the completion times for CI pipelines, as well as having a better package manager to use during development cycles.

I tested this on a project that is still in the alpha phase of development and therefore could afford any potential downtime from errors or other issues. It would be unlikely that replacing your package manager with PNPM would cause any breaking changes when the app is deployed, but it should definitely be tested in a staging environment first if an application is already live.

The only potential issue would be dependency mismatches, but I have described this in more detail further down in this blog post.

For example, if you have package A that imports a package B

import something from 'B'

but doesn’t explicitly specify B in the dependencies of the project, then the execution will fail.

Not only does this new structure improve build performance, but it also reduces the likelihood of dependency bugs occuring within a project. This article gives a good breakdown of how that works.

If you do come across a situation where you need a flat node modules structure like the one that NPM or Yarn creates, PNPM provides an escape hatch to do so:

Although this should be avoided wherever possible, since it goes against the design pattern that PNPM implements. An example of when you might need to use this is where a dependency you have installed relies upon a package that is not explicitly specified in the root dependencies.

When you first run pnpm install you will see a progress graphic in the terminal like the one in the image below:

Note that the ‘reused’ count stays at 0 on the first install. This is because we haven’t yet created a cache that PNPM can reference.

Once all the dependencies have been installed, if you run pnpm install again or add a new package pnpm add some-new-package -w, you will see that the ‘reused’ counter is now going up. 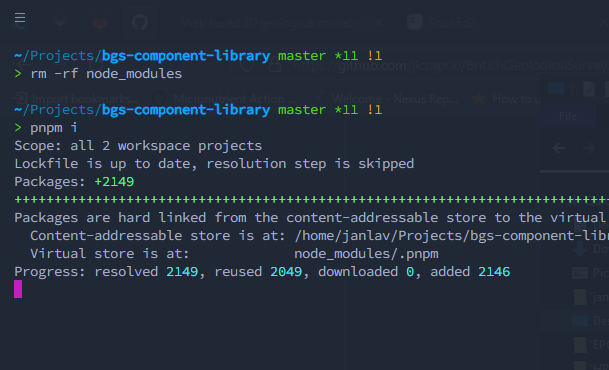 This caching speeds up the installation process quite drastically, as it avoids re-downloading packages that have already been fetched. Packages are also downloaded concurrently instead of one-by-one.

“In pnpm, packages are always reused if they are already installed for another project saving a lot of disk space which makes it faster and more efficient than npm.”

My main aim when first investigating PNPM as a replacement package manager was to speed up the times of my CI pipeline, which would often sit for 10 or 15 mins, even for a project that wasn’t particularly complex and had no e2e tests to run.

With that in mind, here is an example .gitlab-ci.yml file with a simple deploy script to Gitlab pages that shows how I made use of PNPM.

You can see that in the before_script stage we make a CURL request to download PNPM. Then we set the store path to the location of our new PNPM cache store.

This path may differ for your project. I found the correct path for mine by adding pnpm store path to my previous CI script, running the pipeline and then copy/pasting the path it gave me.

After this, we ensure that the registry is using Nexus to install packages.

The next important section is the ‘cache’ section. This will most likely be similar to your existing setup, except that we need to add to ‘paths’:

Normally we would have .npm in the paths array, but this can now be removed.

We make use of the cache key $CI_COMMIT_REF_SLUG which allows us to share cache between jobs in the same branch e.g. master. After the initial run, when we run a pipeline, we should see the ‘reused’ counter going up if PNPM is hitting the cache successfully.

Finally, in the script section, we run our new pnpm install command, and then any other project-specific commands which need to be run (build-storybook) in my case.

Another useful feature that PNPM has is the ability to manage Node versions. A lot of us currently use nvm for this & it works in pretty much the same way.

A useful example which matches the process we currently use is to have an .npmrc file in project root which defines the Node version:

When we then run pnpm start, it will pick up this Node version from the config file and use it in our project. Having the ability to manage Node versions with our default package manager is quite handy.

You may well need to add .pnpm-store/** to your .gitignore file.

The docs for PNPM are very helpful & quite detailed.