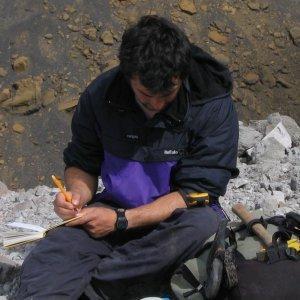 In some of our projects, we have begun to use Python’s asynchronous capabilities to perform concurrent API uploads. As a result, we have seen speed increases of up to 10x compared to our previous method of posting data sequentially.

This post compares the two methods and shows how simple the asyncio code can be.

The code below is taken from the Recipes section of the ETLHelper documentation, which includes an example ETL script to transfer data from an Oracle database to an ElasticSearch API. The script originally described posting items sequentially using the Requests library but has been updated to use concurrent processing with the aiohttp library.

Only the most relevant parts of code are shown here - see the ETLHelper example script for full details.

ETLHelper provides the iter_rows function that returns a generator item that yields a single result from the database with each iteration. Results are fetched from the database only as required instead of all being loaded into memory first. This makes it suitable for transferring large quantities of data.

In this case, the iter_rows call runs a SQL query (SELECT_SENSORS) against the database and applies a transform function (transform_sensors) to convert the result into a Python dictionary that can be easily converted to JSON. The resulting item is posted to the API.

Requests is an HTTP library for Python that can be used to communicate with APIs. The post_item function uses Requests to post the item. It also raises an exception if something goes wrong.

This code is very simple, but it can be slow as the Python interpreter has to wait for a response from the API before it can proceed to the next item.

Concurrent posting with aiohttp and asyncio

The aiohttp library is similar to Requests, but it is based on Python’s asyncio library for asynchronous execution. This provides an efficient way to make multiple concurrent API calls.

In the concurrent version, we use the iter_chunks to pull the data from the database. This returns a generator that yields a list of results (5000 at a time by default) with each iteration. The post_chunk function posts the results in each chunk concurrently. Because post_chunk is an asynchronous function, it needs to be called by asyncio.run(). Otherwise, the copy_sensors function is very similar to before.

Two functions are required for asynchronously posting to the API - one to post a single item and another call the first concurrently for all of our items.

post_chunk handles the concurrency. It builds a list of tasks, one for each item, then calls asyncio.gather() to execute them asynchronously (and collect the results if required). An aiohttp.ClientSession allows the same connection to the server to be reused for each item in the chunk.

The post_item function is similar to the Requests version. The main differences are the use of await keywords and that response.text is an awaitable function here, whereas it is an attribute in Requests. Also, it is essential to log any error information before raising an exception if something goes wrong. Otherwise, it is not possible to access all the state information for the awaitable response via a debugger.

Asynchronous frameworks based on asyncio library are relatively new to Python (since Python 3.4) and have a reputation of being difficult to understand. Hopefully this blog post demonstrates how aiohttp can be used to make concurrent API requests and how well it integrates with ETLHelper’s iter_chunks function.

If you would like to take a deeper look at asyncio, I recommend reading Real Python’s Async IO in Python tutorial.